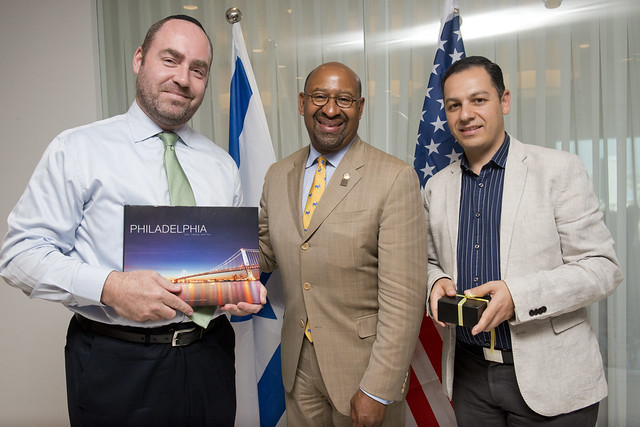 Mayor Nutter of Philadelphia made his second visit to Israel on July 17 – 20. The purpose of the trip was to promote Philadelphia as a destination for Israeli companies, to explore doors the City can open for the companies, and to strengthen the relationships created on the Mayor’s first trip to Israel.

During the Mayor’s recent trip, Greenberg Traurig hosted a venture capital roundtable, which gave Israeli VC’s an opportunity to make a personal connection with the Mayor and his senior staff. Opportunities in Philadelphia were discussed, such as strategic partnerships, access to customers, and the exciting ecosystem for emerging companies. As the Mayor told the Jerusalem Post, “these types of trips are critically important to the overall growth of our city, expanding markets for Israel and creating opportunities for Philadelphia.”

Joey Shabot and Adam Snukal in Tel Aviv, and Beth Cohen and David Gitlin in Philadelphia, all of Greenberg Traurig, were active in planning the venture capital meeting with Mayor Nutter and his team.